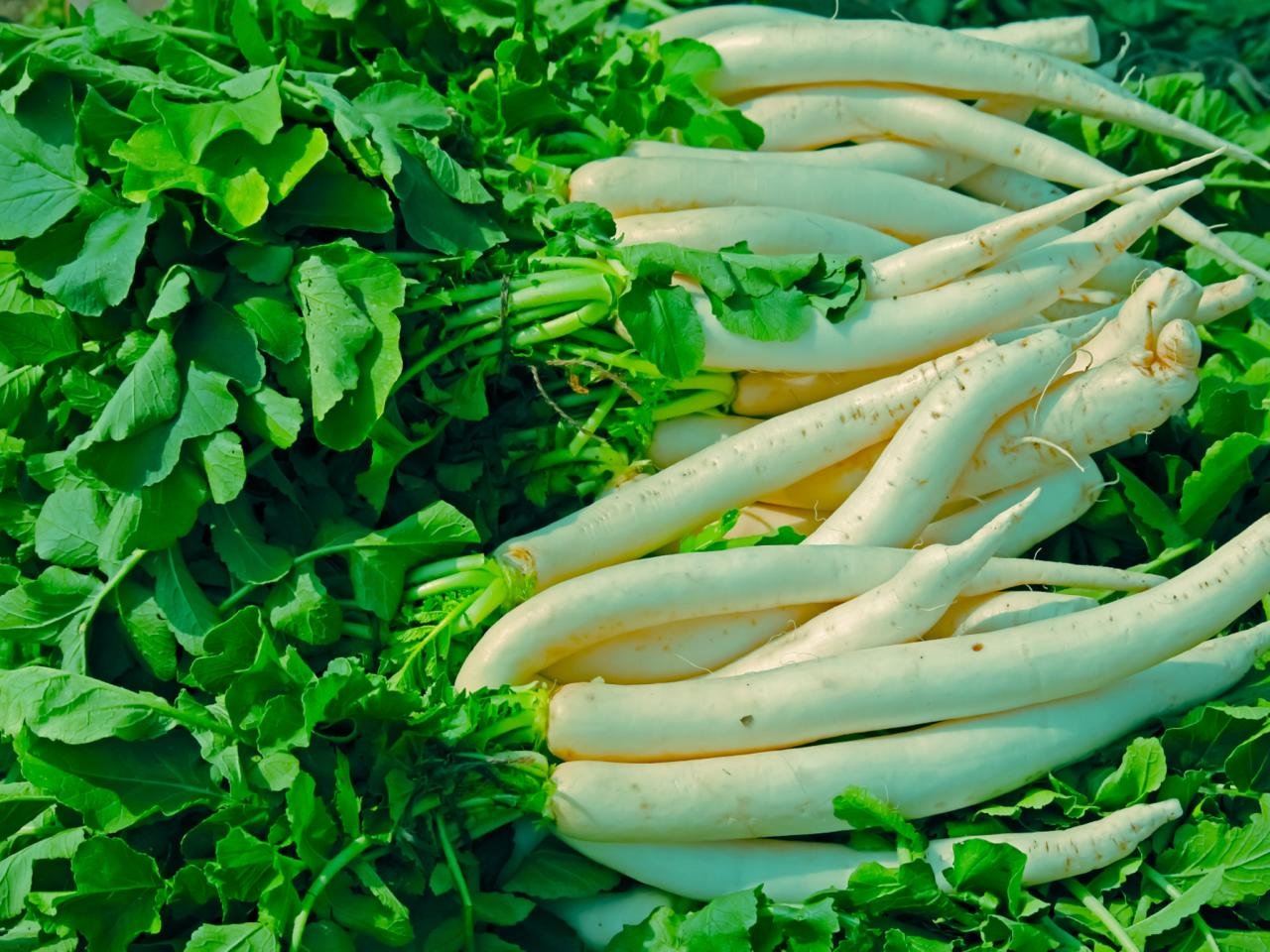 Radish is an edible root vegetable of the Brassicaceae family that was domesticated in Europe in pre-Roman times. Radishes are grown and consumed throughout the world, is mostly eaten raw as a crunchy salad vegetable. They have numerous varieties, varying in size, flavor, color, and length of time they take to mature. Radishes owe their sharp flavor to the various chemical compounds produced by the plants, including glucosinolate, myrosinase, and isothiocyanate[1]. It is a root crop and is juicy, pungent, or sweet in taste. They can be white, red, purple or black, and in terms of shape, they can be long and cylindrical or round. They are eaten raw, cooked or pickled. The oil obtained from the seeds of radish is used in a number of products and in beneficial health applications.