Percutaneous Nucleoplasty (PN) is a method in which disc decompression is provided through controlled evaporation of nucleus pulposus using radiofrequency energy [rx]. It is supposed that the mechanism of clinical efficacy of the PN procedure is that PN alters the expression of inflammatory cytokines such as IL-3, which may be related to the mechanisms of pain relief and repair response within the disc [rx,rx]. The most important advantage of this method is its ease, short application period, relatively lower cost, and safety. Although PN is commonly applied, few studies have demonstrated the long-term efficiency of this method.

Nucleoplasty is a minimally invasive spine intervention technique that uses controlled ablation, known as coblation to decompress the protruded intervertebral disc. Due to its short history and narrow indications, there is limited evidence concerning the efficacy and clinical outcome of cervical nucleoplasty. However, recent clinical experiences show that cervical nucleoplasty is a safe, convenient procedure with an excellent short-term clinical outcome.

You Can Also Like   Prolapse Lumber Intervertebral Disc- Symptoms, Causes

The procedure was performed by the same surgeon as a day case under local anesthesia in the prone position. The aseptic technique was strictly adhered to. The nucleoplasm wand was placed percutaneously into the nucleus pulposus under fluoroscopic guidance. All patients underwent discography with contrast medium to assess annular integrity. Annular integrity was confirmed by non-passage of the contrast into the epidural space. The disc was penetrated from the symptomatic side. The surgical probe (Perc-DLE spine wand, Arthrocare Corp. Austin, Texas) was placed into the assess cannula and advanced until the tip of the catheter was approximately 5 mm beyond the tip of the spinal needle, till it came into contact with the annulus on the contralateral side. The process of disc decompression involved advancing the catheter, in the ablation mode, at a speed of 0.5 cm/s and withdrawing the wand in coagulation mode at a speed of 0.5 cm/s. A total of six channels were made.

The intervertebral space of the CDH is detected with a trocar/needle under fluoroscopic view. The procedure is always performed from the right side to prevent puncture of the esophagus. The surgeon keeps the sternocleidomastoid muscle laterally and the trachea medially and the position of the carotid artery is localized. The introducer cannula (19-G, 7.6 cm) is then inserted under a 45-degree angle medially to the sternocleidomastoid muscle and vessels through an anterior-lateral approach and stopped when the annulus/ nucleus junction is reached. The tip of the cannula stylet is aimed at the center of the nucleus in both the coronal and sagittal planes. AP and lateral x-ray monitoring views confirm the precise positioning of the cannula within the nucleus.

You Can Also Like   How Can I Get Rid of Tonsillitis Fast, Treatment

The stylet is withdrawn from the introducer cannula and replaced with the Spine Wand Co-ablation needle. This device is advanced until its tip extends approximately 5 mm beyond the tip of the cannula, in order to ensure that the active portion of the wand is deployed in the center or a posterior third of the nucleus pulposus.

A, The position of the needle. B, The fluoroscopy.

A short initial motoric stimulation (0.5 s) is performed upon wand insertion in the most distal position to ensure correct placement; if stimulation or movement is detected, the device will be repositioned. As the device is drawn back out through the disk, 3 ablation cycles of 10 seconds each will be performed, rotating the device tip 360 degrees each time to form 3 consecutive pockets within the disk. The first ablation cycle is performed most posterior in the disk and confirmed by fluoroscopy, the second coablation cycle is performed 3–5 mm more proximal and the third another 3–5 mm more proximal. These 3 ablation cycles lead to a volumetric reduction of the tissue of the nucleus pulposus, resulting in decompression of the herniated disk. The coablation procedure should be painless; if any pain is experienced during coablation the position of the needle is reassessed by fluoroscopy. If the pain persists despite the optimal position of the needle the procedure is canceled.

The 1-mm skin incision is closed with a plaster.

Postoperatively, antibiotic prophylaxis with a cephalosporin is administered to all the patients. To prevent neck edema, patients are treated with a cold pack for 1 hour. Postoperatively, patients are observed during 3 hours of bed rest. If necessary, conservative therapies (physical therapy, nonsteroidal anti-inflammatory drugs, and analgesics according to the World Health Organisation pain ladder) are prescribed. In our practice, no collars are applied postoperatively. In the absence of complications, patients are discharged on the same day as the procedure. Heavy lifting, forward bending, twisting of the neck, and severe physical activities are not permitted during the first 2 weeks after the procedure. After 2 weeks the patient is allowed to return to sedentary or light work. In our practice, a follow-up phone call is performed by a nurse, trained in Pain Medicine, 48 hours after the procedure. During this consult pain measured by VAS-scores of the affected arm, neck, shoulder, and hand, complications (hoarseness and dysphagia), and use of pain medication are evaluated. If necessary, pain medication is adjusted. After 6–8 weeks, the patient has a control appointment at our clinic to evaluate the final results.

You Can Also Like   Sacroiliac Joint Injury - Causes, Symptoms, Treatment

THE SPECIFIC RISKS INCLUDE (BUT ARE NOT LIMITED TO) 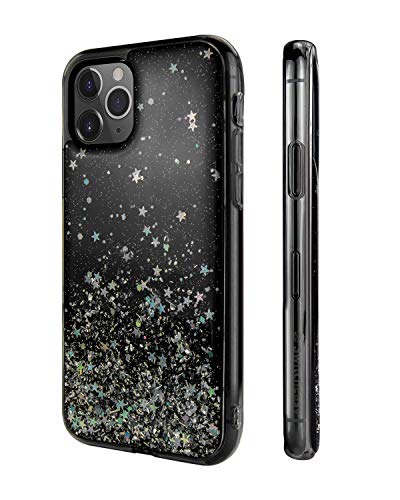 iPhone 11 Pro Clear Case - STARFIELD Luxury Fashion Glitter Hard Case Transparent Clear Shiny Bling Sparkling Protective Cover for Latest iPhone 2019 Release (Transparent Black, 2019 iPhone 5.8")
$16.99
Buy Now On Amazon.com Price incl. tax, excl. shipping
Translate »
In order to evaluate or working this site properly, we need to store small files on your computer called cookies. We use cookies to ensure that we give you the best experience on our website. If you continue using this site we will assume that you are happy with accepting this policy.Accept It !No