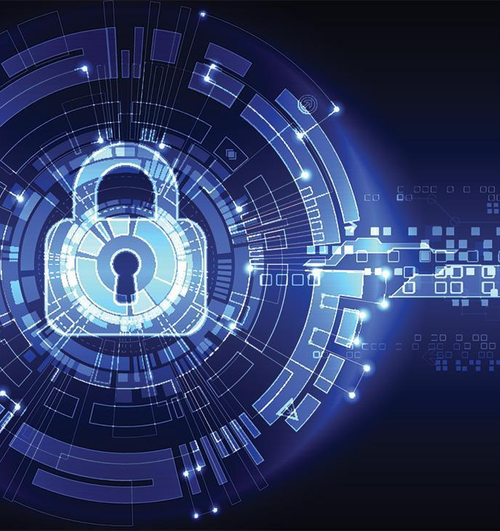 Hacking Cybercrime/ Hacking is identifying weakness in computer systems or networks to exploit its weaknesses to gain access. Using password cracking algorithm to gain access to a system Computers have become mandatory to run a successful businesses. It is not enough to have isolated computers systems; they need to be networked to facilitate communication with external businesses. This exposes them to the outside world and hacking. Hacking means using computers to commit fraudulent acts such as fraud, privacy invasion, stealing corporate/personal data, etc. Cyber crimes cost many organizations millions of dollars every year. Businesses need to protect themselves against such attacks.

Who is a Hacker? Types of Hackers

A Hacker is a person who finds and exploits the weakness in computer systems and/or networks to gain access. Hackers are usually skilled computer programmers with knowledge of computer security.

You Can Also Like   cURL error 28: Connection timed out
Powered by Inline Related Posts

Several subgroups of the computer underground with different attitudes use different terms to demarcate themselves from each other, or try to exclude some specific group with whom they do not agree.

A white hat hacker breaks security for non-malicious reasons, either to test their own security system, perform penetration tests, or vulnerability assessments for a client – or while working for a security company which makes security software. The term is generally synonymous with ethical hacker, and the EC-Council,[rx] among others, have developed certifications, courseware, classes, and online training covering the diverse arena of ethical hacking.[rx]

A “black hat” hacker is a hacker who “violates computer security for little reason beyond maliciousness or for personal gain” (Moore, 2005).[rx] The term was coined by Richard Stallman, to contrast the maliciousness of a criminal hacker versus the spirit of playfulness and exploration in hacker culture, or the ethos of the white hat hacker who performs hacking duties to identify places to repair or as a means of legitimate employment.[rx] Black hat hackers form the stereotypical, illegal hacking groups often portrayed in popular culture, and are “the epitome of all that the public fears in a computer criminal”.[rx]

A grey hat hacker lies between a black hat and a white hat hacker. A grey hat hacker may surf the Internet and hack into a computer system for the sole purpose of notifying the administrator that their system has a security defect, for example. They may then offer to correct the defect for a fee.[rx] Grey hat hackers sometimes find the defect of a system and publish the facts to the world instead of a group of people. Even though grey hat hackers may not necessarily perform hacking for their personal gain, unauthorized access to a system can be considered illegal and unethical.

A social status among hackers, elite is used to describe the most skilled. Newly discovered exploits circulate among these hackers. Elite groups such as Masters of Deception conferred a kind of credibility on their members.[rx]

A script kiddie (also known as a skid or skiddie) is an unskilled hacker who breaks into computer systems by using automated tools written by others (usually by other black hat hackers), hence the term script (i.e. a prearranged plan or set of activities) kiddie (i.e. kid, child—an individual lacking knowledge and experience, immature),[rx] usually with little understanding of the underlying concept.

A neophyte (“newbie”, or “noob”) is someone who is new to hacking or phreaking and has almost no knowledge or experience of the workings of technology and hacking.[rx]

A blue hat hacker is someone outside computer security consulting firms who is used to bug-test a system prior to its launch, looking for exploits so they can be closed. Microsoft also uses the term BlueHat to represent a series of security briefing events.[rx][rx]

Cyber crime is the use of computers and networks to perform illegal activities such as spreading computer viruses, online bullying, performing unauthorized electronic fund transfers, etc. Most cybercrimes are committed through the internet. Some cybercrimes can also be carried out using Mobile phones via SMS and online chatting applications.

What is Ethical Hacking?

Ethical Hacking is identifying weakness in computer systems and/or computer networks and coming with countermeasures that protect the weaknesses. Ethical hackers must abide by the following rules.

Ethical Hacking is legal if the hacker abides by the rules stipulated in the above section on the definition of ethical hacking. The International Council of E-Commerce Consultants (EC-Council) provides a certification program that tests individual’s skills. Those who pass the examination are awarded with certificates. The certificates are supposed to be renewed after some time.

Apple iPhone XS, 256GB , Space Gray - Fully Unlocked (Renewed)
$539.87
Buy Now On Amazon.com Price incl. tax, excl. shipping
Translate »
In order for this site to work properly, and in order to evaluate and improve the site, we need to store small files (called cookies) on your computer. We use cookies to ensure that we give you the best experience on our website. If you continue use this site we will assume that you are happy with accepting this policies....Accept it.No