Glaucoma Diagnosis/Glaucoma is a chronic, degenerative optic neuropathy that can be distinguished from most other forms of acquired optic neuropathy by the characteristic appearance of the optic nerve. In glaucoma, the neuroretinal rim of the optic nerve becomes progressively thinner, thereby enlarging the optic-nerve cup. This phenomenon is referred to as optic-nerve cupping. Its cause is the loss of retinal ganglion cell axons, along with supporting glia and vasculature. The remaining neuroretinal rim retains its normal pink color. In other optic neuropathies, the optic-nerve tissue loses its pink color and cupping does not develop. A rare exception is arteritic anterior ischemic optic neuropathy, in which cupping can occur.[rx] Patients with glaucoma typically lose peripheral vision and may lose all vision if not treated.

Glaucoma is the second leading cause of permanent blindness in the United States and occurs most often in older adults.[rx] There are four general categories of adult glaucoma: primary open-angle and angle-closure, and the secondary open and angle closure glaucoma. The most common type in the United States is primary, open-angle glaucoma (POAG).[rx] Glaucoma is defined as an acquired loss of retinal ganglion cells and axons within the optic nerve or optic neuropathy, that results in a characteristic optic nerve head appearance and a corresponding progressive loss of vision. This pattern of peripheral loss of vision can also be a distinguishing characteristic from other forms of vision loss.[rx] 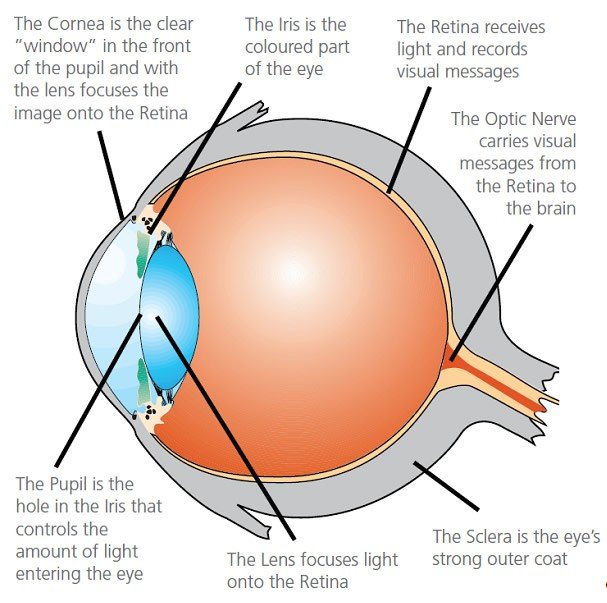 Based on the IOP response to topical administration of betamethasone and dexamethasone, Armaly and Becker suggested three categories:

Glaucoma has been classified into specific types:[rx]

In epidemiological research this has most often been defined as an angle in which ≥270° of the posterior trabecular meshwork (the part which is often pigmented) cannot be seen. This definition is arbitrary and its evaluation in longitudinal study is an important priority. Producing a more evidence based definition of this parameter is a major research priority.

The exact cause of neuropathy encountered in open-angle glaucoma is not well known, though multiple risk factors have been identified. 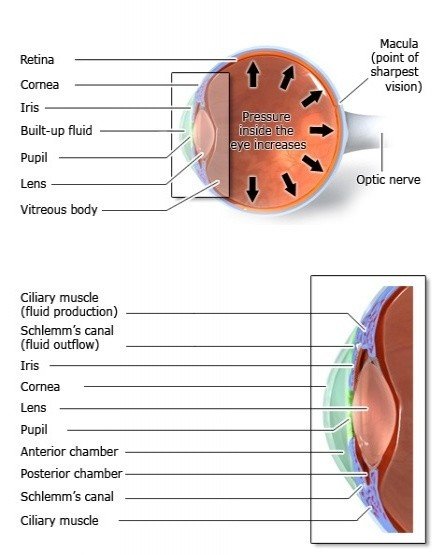 Glaucoma is often caused by increased intraocular pressure. Intraocular pressure arises in the chambers of the eye between the cornea and the lens. The chambers contain a fluid called aqueous humor that is produced by the eye itself. It flows continuously from the back (posterior) chamber to the front (anterior) chamber and then drains out through a very thin tube (Schlemm’s canal). This cycle helps to maintain a constant healthy pressure in the eye. The aqueous humor also provides nutrients to the cornea, the iris and the lens.

When examining the anterior segment of the eye via slit-lamp examination, the practitioner should also examine the following for any damage, defects or irregularities that may or may not be related to glaucomatous disease:

The following medications are used in the form of eye drops:

Prostaglandin analog- Reduces IOP by 25% -33%. The usual dose in once daily. Side effects include lengthening of eyelashes, pigmentation of lids/ iris, exacerbation of uveitis/herpetic infection, and cystoid macular edema. It is preferred as initial therapy.

Adrenergic agents: Reduces IOP by 20%-25%. Brimonidine may cause allergic blepharoconjunctivitis and apnea/lethargy/bradycardia in children.

Beta-blockers – Reduces IOP by 20%-25%. Non-selective beta-blockers should be avoided in chronic obstructive pulmonary disease and asthma. Other contraindications include heart block, hypotension, and bradycardia.

These are used in the acute rise of IOP or when topical medications are not tolerated.

You Can Also Like   Pharyngitis Symptoms, Diagnosis, Treatment
Powered by Inline Related Posts

The indications of laser trabeculoplasty include

The available methods of laser trabeculoplasty are

DLCP is a method for ablation of the ciliary processes which secrete aqueous. Indications for DLCP include:

Indications for surgical management of glaucoma are

Minimally invasive or micro-invasive glaucoma surgery (MIGS)[rx]– MIGS provides is a conjunctiva-sparing surgery with an ab-interno approach to reduce IOP in mild to moderate glaucoma. The different approaches include:[rx]

This is another method of cycloablation using cryotherapy usually reserved for painfully blind eyes.

It has been shown that alcohol lowers IOP following acute ingestion in both glaucoma patients and healthy subjects [rx, rx]. The exact mechanism leading to such finding is poorly understood; however, it is thought to be secondary to variable physiological changes such as a hyperosmotic effect exerted by alcohol, reduction of net water movement into the eye through vasopressin suppression [rx], and inhibition of secretory cells in the ciliary processes [rx].

Coffee is a rich source of caffeine, a biologically active compound that exerts numerous physiological effects on the human body. A transient elevation in IOP has been noted following caffeine ingestion in patients with different types of glaucoma [rx–rx] and, to a lesser extent, in healthy individuals [rx, rx]. Furthermore, the Blue Mountains Eye Study [rx] found a higher mean IOP among POAG patients that reported regular caffeine consumption.

The nutritional value of tea is derived from its major constituents (i.e. polyphenols, caffeine, and minerals) [rx]. Flavonoids, a major polyphenol in tea, are thought to play a role in glaucoma [rx, rx] owing to their various physiological actions that are proposed to affect non-IOP-dependent mechanisms. Studies have shown that flavonoids demonstrate their protective effect by reducing oxidative stress [rx] and improving blood flow [rx].

Dark chocolate is a rich dietary source of polyphenol compounds, specifically flavonoids [rx]. Acute consumption of dark chocolate has been shown to reverse vascular endothelial dysfunction by decreasing oxidative stress and increasing the bioavailability of NO [rx]. Therefore, it is proven beneficial in patients with certain cardiovascular diseases such as HTN [rx] and peripheral artery disease [rx].

The only published study on the relation between IOP and saffron comes from Iran, the world’s largest saffron exporter. Jabbarpoor Bonyadi et al. [rx] studied the effect of a daily oral saffron capsule on IOP in patients with POAG. After a period of 3 weeks, a statistically significant decline in IOP was noted among the study group. They suggested that this hypotensive action is secondary to the antioxidative effect of saffron [rx]

Complications of glaucoma include

These self-care steps can help you detect glaucoma in its early stages, which is important in preventing vision loss or slowing its progress. 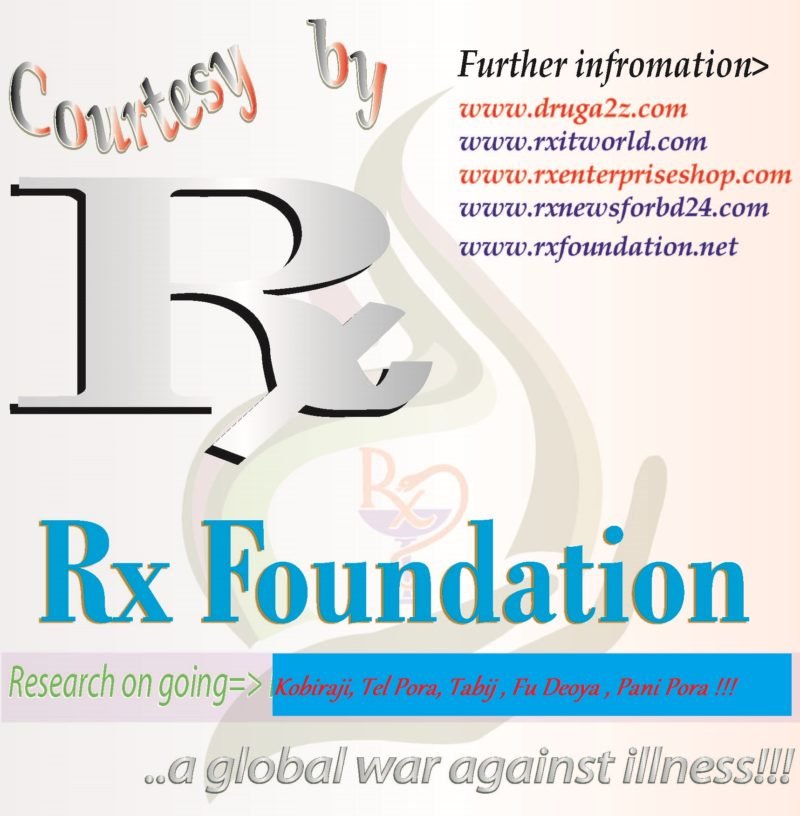