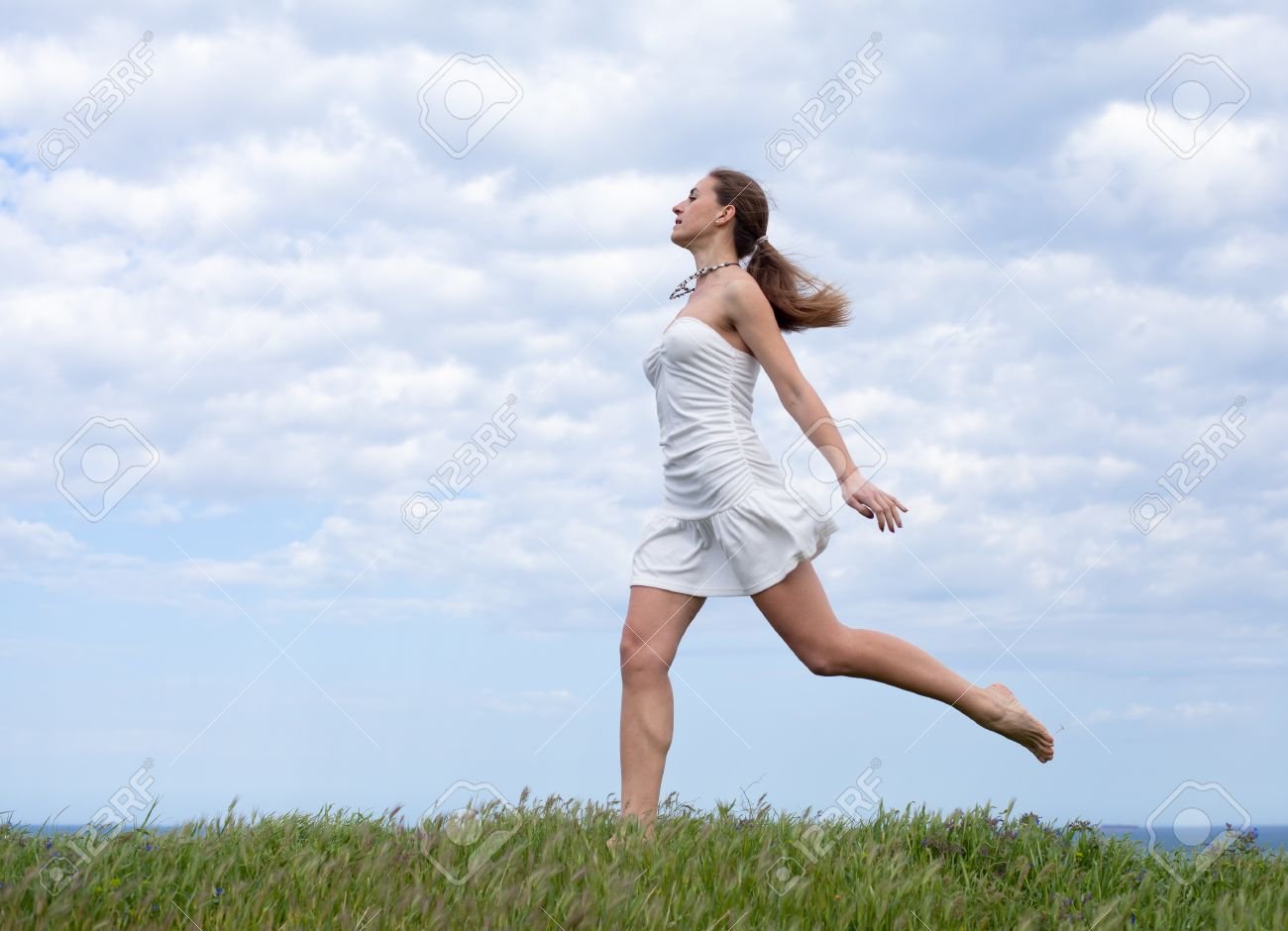 
Drug interaction is a situation in which a substance (usually another drug) affects the activity of a drug when both are administered together. This action can be synergistic (when the drug’s effect is increased) or antagonistic (when the drug’s effect is decreased) or a new effect can be produced that neither produces on its own. Typically, interactions between drugs come to mind (drug-drug interaction). However, interactions may also exist between drugs and foods (drug-food interactions), as well as drugs and medicinal plants or herbs (drug-plant interactions). People taking antidepressant drugs such as monoamine oxidase inhibitors should not take food containing tyramine as hypertensive crisis may occur (an example of a drug-food interaction). These interactions may occur out of accidental misuse or due to lack of knowledge about the active ingredients involved in the relevant substances.

Pharmacodynamic interactions can occur on

Pharmacological receptors – Receptor interactions are the most easily defined, but they are also the most common. From a pharmacodynamic perspective, two drugs can be considered to be:

Homodynamic if they act on the same receptor. They, in turn, can be

Antagonists – if they bind directly to the receptor’s main locus but their effect is opposite to that of the main drug. These include:

Signal transduction mechanisms –  these are molecular processes that commence after the interaction of the drug with the receptor. For example, it is known that hypoglycemia (low blood glucose) in an organism produces a release of catecholamines, which trigger compensation mechanisms thereby increasing blood glucose levels. The release of catecholamines also triggers a series of symptoms, which allows the organism to recognize what is happening and which act as a stimulant for preventative action (eating sugars). Should a patient be taking a drug such as insulin, which reduces glycemia, and also is taking another drug such as certain beta-blockers for heart disease, then the beta-blockers will act to block the adrenaline receptors. This will block the reaction triggered by the catecholamines should a hypoglycemic episode occur. Therefore, the body will not adopt corrective mechanisms and there will be an increased risk of a serious reaction resulting from the ingestion of both drugs at the same time.

Modifications in the effect of a drug are caused by differences in the absorption, transport, distribution, metabolization or excretion of one or both of the drugs compared with the expected behavior of each drug when taken individually. These changes are basically modifications in the concentration of the drugs. In this respect, two drugs can be homergic if they have the same effect in the organism and heterergic if their effects are different.

Some drugs, such as the prokinetic agents increase the speed with which a substance passes through the intestines. If a drug is present in the digestive tract’s absorption zone for less time its blood concentration will decrease. The opposite will occur with drugs that decrease intestinal motility.

How do drug interactions occur?

There are several mechanisms by which drugs interact with other drugs, food, and other substances. An interaction can result when there is an increase or decrease in:

Most of the important drug interactions result from a change in the absorption, metabolism, or elimination of a drug. Drug interactions also may occur when two drugs that have similar (additive) effects or opposite (canceling) effects on the body are administered together. For example, there may be major sedation when two drugs that have sedation as side effects are given, for example, narcotics and antihistamines. Another source of drug interactions occurs when one drug alters the concentration of a substance that is normally present in the body. The alteration of this substance reduces or enhances the effect of another drug that is being taken. The drug interaction between warfarin (Coumadin) and vitamin K-containing products is a good example of this type of interaction. Warfarin acts by reducing the concentration of the active form of vitamin K in the body. Therefore, when vitamin K is taken, it reduces the effect of warfarin.

You Can Also Like   Spinal Disc Herniation; Cause, Symptom, Diagnosis, Treatment
Powered by Inline Related Posts

Most drugs are absorbed into the blood and then travel to their site of action. Most drug interactions that are due to altered absorption occur in the intestine. There are various potential mechanisms through which the absorption of drugs can be reduced. These mechanisms include:

Drug absorption also can be affected if the drug’s ability to dissolve (solubility) is changed by another drug or if a substance (for example, food) binds to the drug and prevents its absorption.

Change in drug metabolism and elimination

Most drugs are eliminated through the kidney in either an unchanged form or as a by-product that results from the alteration (metabolism) of the drug by the liver. Therefore, the kidney and the liver are very important sites of potential drug interactions. Some drugs are able to reduce or increase the metabolism of other drugs by the liver or their elimination by the kidney.

Metabolism of drugs is the process through which the body converts (alters or modifies) drugs into forms that are more or less active (for example, by converting drugs that are given in inactive forms into their active forms that actually produce the desired effect) or that are easier for the body to eliminate through the kidneys. Most drug metabolism takes place in the liver, but other organs also may play a role (for example, the kidneys, intestine, etc.). The cytochrome P450 enzymes are a group of enzymes in the liver that is responsible for the metabolism of most drugs. They are, therefore, often involved in drug interactions. Drugs and certain types of food may increase or decrease the activity of these enzymes and therefore affect the concentration of drugs that are metabolized by these enzymes. An increase in the activity of these enzymes leads to a decrease in the concentration and effect of an administered drug. Conversely, a decrease in enzyme activity leads to an increase in drug concentration and effect.

Drug interactions may lead to an increase or decrease in the beneficial or the adverse effects of the given drugs. When a drug interaction increases the benefit of the administered drugs without increasing side effects, both drugs may be combined to increase the control of the condition that is being treated. For example, drugs that reduce blood pressure by different mechanisms may be combined because the blood pressure lowering effect achieved by both drugs may be better than with either drug alone.

The absorption of some drugs is increased by food. Therefore, these drugs are taken with food in order to increase their concentration in the body and, ultimately, their effect. Conversely, when a drug’s absorption is reduced by food, the drug is taken on an empty stomach.

How often do drug interactions occur?

The prescribing information for most drugs contains a list of potential drug interactions. Many of the listed interactions may be rare, minor, or only occur under specific conditions and may not be important. Drug interactions that cause important changes in the action of a drug are of greatest concern.

Drug interactions are complex and chiefly unpredictable. A known interaction may not occur in every individual. This can be explained because there are several factors that affect the likelihood that a known interaction will occur. These factors include differences among individuals in their:

Examples of interactions at the intestinal absorption level: selection of relevant substrates, inducers, and inhibitors of P-glycoprotein (ABCB1)
Interactions at the cytochrome P450 enzyme level: selection of relevant substrates for which, when used in combination with inhibitors or inducers of the same enzyme, either increased effects and increased occurrence of unwanted effects, or reduced effects or loss of effect must be anticipated (modified from [rx])

You Can Also Like   Rupatadine; Uses, Dosage, Side Effects, Interactions
Powered by Inline Related Posts
[rx]

The role of the pharmacist in the management of drug interaction

Management options of drug interaction include

This brief overview of drug interactions does not cover every possible scenario. Individuals should not be afraid to use their drugs because of the potential for drug interactions. Rather, they should use the information that is available to them to minimize the risk of such interactions and to improve the success of their therapy.[rx,rx]

Some Community Guideline for Pharmacist

Research Your Meds Yourself

Keep All of Your Prescriptions at One Pharmacy

Tell Your Doc About Caffeine Use, Alcohol Use, and Illegal Drug Use

Don’t Take a Medication Prescribed for Someone Else

Tell Your Health Care Provider About Your Medical Conditions

Do NOT Buy Drugs From Risky Online Pharmacies

How can drug interactions be avoided