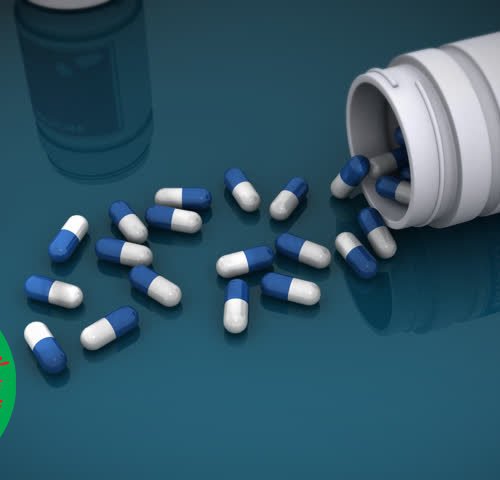 Conjunctivitis may be classified either by cause or by extent of the inflamed area.

2. By extent of involvement

Regardless of the etiology, most cases of conjunctivitis can be categorized as either papillary or follicular. Neither classification is pathognomonic for a particular disease entity. Papillary conjunctivitis produces a cobblestone arrangement of flattened nodules with central vascular cores. It is most commonly associated with an allergic immune response or is a response to a foreign body. Independent of the etiology, the histologic appearance of papillary conjunctivitis is the same: closely packed, flat-topped projections, with numerous eosinophils, lymphocytes, plasma cells, and mast cells in the stroma surrounding a central vascular channel.

Follicular conjunctivitis is seen in a variety of conditions, including inflammation caused by pathogens such as viruses, bacteria, toxins, and topical medications. In contrast to papillae, follicles are small, dome-shaped nodules without a prominent central vessel. Histologically, a lymphoid follicle is situated in the subepithelial region and consists of a germinal center with immature, proliferating lymphocytes surrounded by a ring of mature lymphocytes and plasma cells. The follicles in follicular conjunctivitis are typically most prominent in the inferior palpebral and forniceal conjunctiva.[rx]

Infective conjunctivitis is most commonly caused by a virus.[rx] Bacterial infections, allergies, other irritants, and dryness are also common causes. Both bacterial and viral infections are contagious, passing from person to person or spread through contaminated objects or water. Contact with contaminated fingers is a common cause of conjunctivitis. Bacteria may also reach the conjunctiva from the edges of the eyelids and the surrounding skin, from the nasopharynx, from infected eye drops or contact lenses, from the genitals or the bloodstream.[rx] Infection by human adenovirus accounts for 65% to 90% of cases of viral conjunctivitis.[rx]

Data are from Cronau et al[rx] and Leibowitz.[rx] The examination can be done by shining a penlight in the patient’s affected eye(s).

Depending on the cause, other symptoms may occur.

They depend on the cause of the inflammation, but may include:

Clinical features of conjunctivitis, by cause

You Can Also Like   Arthrocentesis; Types, Procedures, Risk Factors
Powered by Inline Related Posts
Data are from Cronau et al[rx] and Leibowitz.[rx] The examination can be done by shining a penlight in the patient’s affected eye(s).

Type of evidence: 4 = RCT. Consistency: similarity of results across studies. Directness: generalisability of population or outcomes. Effect size: based on relative risk or odds ratio.

The appropriate treatment for conjunctivitis depends on its cause:

To our knowledge, no studies have been conducted to evaluate the efficacy of ocular decongestant, topical saline, or warm compresses for treating bacterial conjunctivitis.[rx] Topical steroids should be avoided because of the risk of potentially prolonging the course of the disease and potentiating the infection.[rx]

In conclusion, benefits of antibiotic treatment include quicker recovery, decrease in transmissibility,[rx] and early return to school.[rx]Simultaneously, adverse effects are absent if antibiotics are not used in uncomplicated cases of bacterial conjunctivitis. Therefore, no treatment, a wait-and-see policy, and immediate treatment all appear to be reasonable approaches in cases of uncomplicated conjunctivitis. Antibiotic therapy should be considered in cases of purulent or mucopurulent conjunctivitis and for patients who have distinct discomfort, who wear contact lenses,[rx,rx] who are immunocompromised, and who have suspected chlamydial and gonococcal conjunctivitis.

It is estimated that 3% to 64% of ocular staphylococcal infections are due to methicillin-resistant S aureus conjunctivitis; this condition is becoming more common and the organisms are resistant to many antibiotics.[rx] Patients with suspected cases need to be referred to an ophthalmologist and treated with fortified vancomycin.[rx]

It is estimated that 1.8% to 5.6% of all acute conjunctivitis is caused by chlamydia,[rx–rx] and the majority of cases are unilateral and have concurrent genital infection.[rx]Conjunctival hyperemia, mucopurulent discharge, and lymphoid follicle formation[rx] are hallmarks of this condition. Discharge is often purulent or mucopurulent.[rx] How ever, patients more often present with mild symptoms for weeks to months. Up to 54% of men and 74% of women have concurrent genital chlamydial infection.[rx] The disease is often acquired via oculogenital spread or other intimate contact with infected individuals; in newborns the eyes can be infected after vaginal delivery by infected mothers.[rx] Treatment with systemic antibiotics such as oral azithromycin and doxycycline is efficacious; patients and their sexual partners must be treated and a coinfection with gonorrhea must be investigated. No data support the use of topical antibiotic therapy in addition to systemic treatment.[rx] Infants with chlamydial conjunctivitis require systemic therapy because more than 50% can have concurrent lung, nasopharynx, and genital tract infection.[rx]

Conjunctivitis caused by N gonorrhoeae is a frequent source of hyperacute conjunctivas in neonates and sexually active adults and young adolescents.[rx] Treatment consists of both topical and oral antibiotics. Neisseria gonorrhoeae is associated with a high risk of cor-neal perforation.[rx]

Trachoma is caused by Chlamydia trachomatis subtypes A through C and is the leading cause of blindness, affecting 40 million people worldwide in areas with poor hygiene.[rx,rx] Mucopurulent discharge and ocular discomfort may be the presenting signs and symptoms in this condition. Late complications such as scarring of the eyelid, conjunctiva, and cornea may lead to loss of vision. Treatment with a single dose of oral azithromycin (20 mg/kg) is effective. Patients may also be treated with topical antibiotic ointments for 6 weeks (ie, tetracycline or erythromycin). Systemic antibiotics other than azithromycin, such as tetracycline or erythromycin for 3 weeks, may be used alternatively.[rx,rx]

A variety of topical medications such as antibiotic eyedrops, topical antiviral medications, and lubricating eyedrops can induce allergic conjunctival responses largely because of the presence of benzalkonium chloride in eye drop preparations.[rx] Cessation of receiving the offending agent leads to resolution of symptoms.[rx]

A variety of systemic diseases, including mucous membrane pemphigoid, Sjögren syndrome, Kawasaki disease,[rx] Stevens-Johnson syndrome,[rx] and carotid cavernous fistula,[rx] can present with signs and symptoms of conjunctivitis, such as conjunctival redness and discharge. Therefore, the above causes should be considered in patients presenting with conjunctivitis. For example, patients with low-grade carotid cavernous fistula can present with chronic conjunctivitis recalcitrant to medical therapy, which, if left untreated, can lead to death.

As recommended by the American Academy of Ophthalmology,[rx] patients with conjunctivitis who are evaluated by nonophthalmologist health care practitioners should be referred promptly to an ophthalmologist if any of the following develops: visual loss, moderate or severe pain, severe purulent discharge, corneal involvement, conjunctival scarring, lack of response to therapy, recurrent episodes of conjunctivitis, or history of herpes simplex virus eye disease. In addition, the following patients should be considered for referral: contact lens wearers, patients requiring steroids, and those with photophobia. Patients should be referred to an ophthalmologist if there is no improvement after 1 week.[x]

Steroid drops or combination drops containing steroids should not be used routinely. Steroids can increase the latency of the adeno-viruses, the refore prolonging the course of viral conjunctivitis. In addition, if an undiagnosed corneal ulcer secondary to herpes, bacteria, or fungus is present, steroids can worsen the condition, leading to corneal melt and blindness.

Here are nine simple precautions you can take to significantly reduce your risk of getting pink eye:

To help you cope with the signs and symptoms of pink eye until it goes away, try to 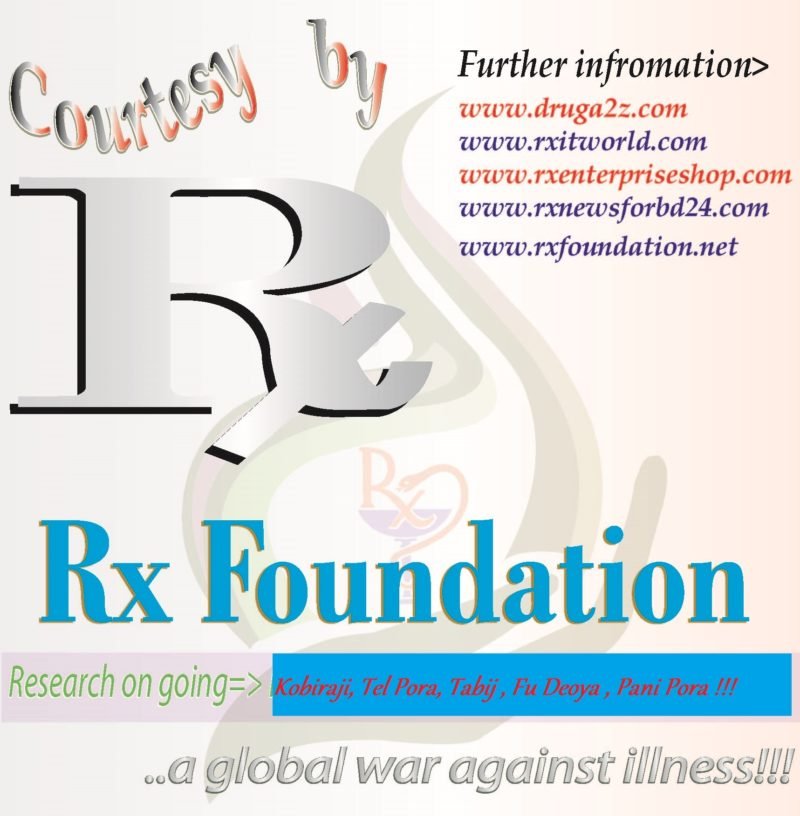